WOMAN OF THE WORLD

WOMAN OF THE WORLD 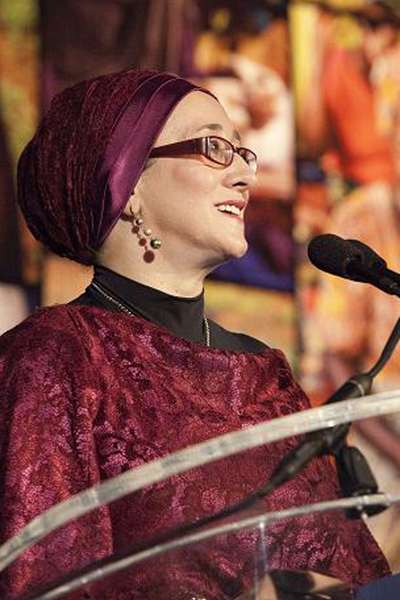 On November 19, 2014, at a solemn ceremony held at the Museum of Natural History in New York, the director of "Medica" Zenica, M.Sc. Sabiha Husić, received the "Woman of the World" award for 2014.
The Women of the World Award recognizes brave women who speak on behalf of the most marginalized women and girls who are socially, economically and politically excluded, and is given by the international organization "Women for Women International".

This world award and recognition to Sabihi Husić was given for her outstanding leadership and unwavering commitment to helping women and children victims / survivors of war and post-war violence in Bosnia and Herzegovina, as well as for her work in promoting violence against women as a crisis. the world is currently facing.
During the award ceremony, Amjad Atallah, co-founder of Women for Women International, and Angelina Jolie, UNHCR Special Envoy, spoke about the exceptional and dedicated work and achievements of Sabiha Husić.