At the regular annual Assembly of the Association "Medice" Zenica, the results and implemented projects that marked the year 2020 were highlighted:

From January to December 2020"Medice" Zenica, provided 6,221 different services to 1,684 people.Considering that the year 2020 was marked by the COVID-19 pandemic, which hindered or prevented the work of many organizations, Medica Zenica did not stop working. She launched the campaign "Solidarity for Health" and with its own resources and cooperation with women from the informal network of Zenica-Doboj Canton,they produced 45,000 protective masks.The masks were donated to the cantonal hospitals of Zenica and Goražde, health centers in Zenica and Vitez, safe houses in Bosnia and Herzegovina, various associations, and citizens of the city of Zenica.

"Medica" Zenica monitored the needs of women during the pandemic and after the same, distributed a total of 337 different types of assistance to 217 people (women and children). Safe House service"Medica" Zenica, was the only one in BiH open during the entire pandemic and available 24/7 for the care of women and children survivors of violence.During 2020, the interior of the Safe House was renovated in order for clients to have better living and living conditions, but the space in the Safe House was specially adapted in accordance with epidemiological measures. 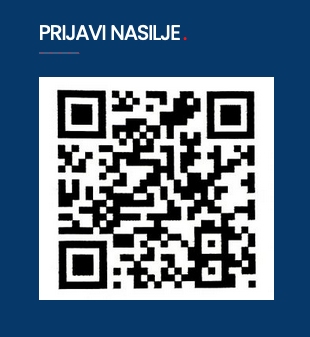 In 2020,"Medica" Zenica promoted the first mobile application for reporting violence in BiH"Walk Freely" in cooperation with representatives of the Heinrich Boll Stiftung Foundation, and a total of 393 identified calls for psychological support and information were received on active Medice phones. For the first time, 47 people (37 women, 2 girls, 1 boy and 7 men) applied to the psychological counseling service, and 43 people (40 women and 3 men) applied to the legal counseling center "Medice" Zenica.

By the joint work of the Government of Zenica-Doboj Canton and "Medica" Zenica, and with the support of the British Embassy in BiH,The Protocol on Mutual Cooperation in Providing Support, Assistance and Care for Victims of Domestic and Community Violence and Prevention of Violence was signed.The protocol is in line with the FBiH Law on Protection from Domestic Violence and the Istanbul Convention - Council of Europe Convention on Preventing and Combating Violence against Women and Domestic Violence.

In 2020"Medica" Zenica organized 46 public eventsattended by 516 females and 81 males. Visiting Italy, Belgium, Azerbaijan, as well as Turkey, "Medica" Zenica continued to develop and expand models for the protection of women and children. A total of 24 women attended the economic and psychosocial empowerment in the educational center "Medice" Zenica and rural areas in 2020. "Empowered Miraculous Corner" "Medice" Zenica was visited by 243 people, and the Children's Corner provided educational and support workshops for 46 children and a total of 62 Eid and New Year's packages were distributed.

During 2020, "Medica" Zenica, thanks to numerous media appearances, informed the citizens about its services, support and activities of the Association. At the end of 2020, at the initiative of "Medica", an informal network of women "We demand" was formed in order to make women's voices heard louder and to act in solidarity.

Prerequisite for the work of "Medica" Zenica is continuous cooperation with donors and, accordingly, the Assembly of "Medica" Zenica, unanimously adopted the annual work program of "Medica" for 2020, the final financial report and the Work Plan for 2021.The Assembly also assessed and made a unanimous decision that the director of "Medica" Dr. sci. Sabiha Husić, 'especially successful'in its contribution and long-term struggle for the survival of the Association, as well as advocating for change in the lives of women survivors of domestic and community violence, as well as other types of violence.